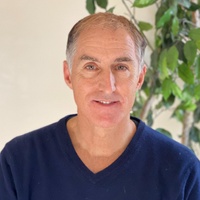 Andy has been in the investment industry since 1985. He has taught investment classes for Montgomery Community College. He has had financial planning articles published in Physician’s Assets and Dental Economics magazines and the Washington Business Journal. He provided investment management consulting commentary on the public television show “Money Matters.” Andy worked at Dean Witter (which later merged and became Morgan Stanley) for over 13 years and obtained the title “Senior Vice President, Investments.” From 1987 through 1998, he was honored by being selected into Dean Witter’s Director’s & President’s Club (in recognition of outstanding achievement.) From 1999 to the present, he has been affiliated with First Allied Securities, Inc.

He likes to participate in outdoor activities such as: bird watching, fishing, tennis, cycling, swimming, hiking, and scuba diving. He has hiked Mount St. Helens, Half Dome, Rainier and Kilimanjaro. Andy completed an Olympic Distance Triathlon in 2002. He enjoys traveling, reading, and spending time with family, especially his nieces and nephew and their dogs. In 2012 his tennis team, the NOVA Racqueteers, won the USTA 4.0 men’s National Championship.